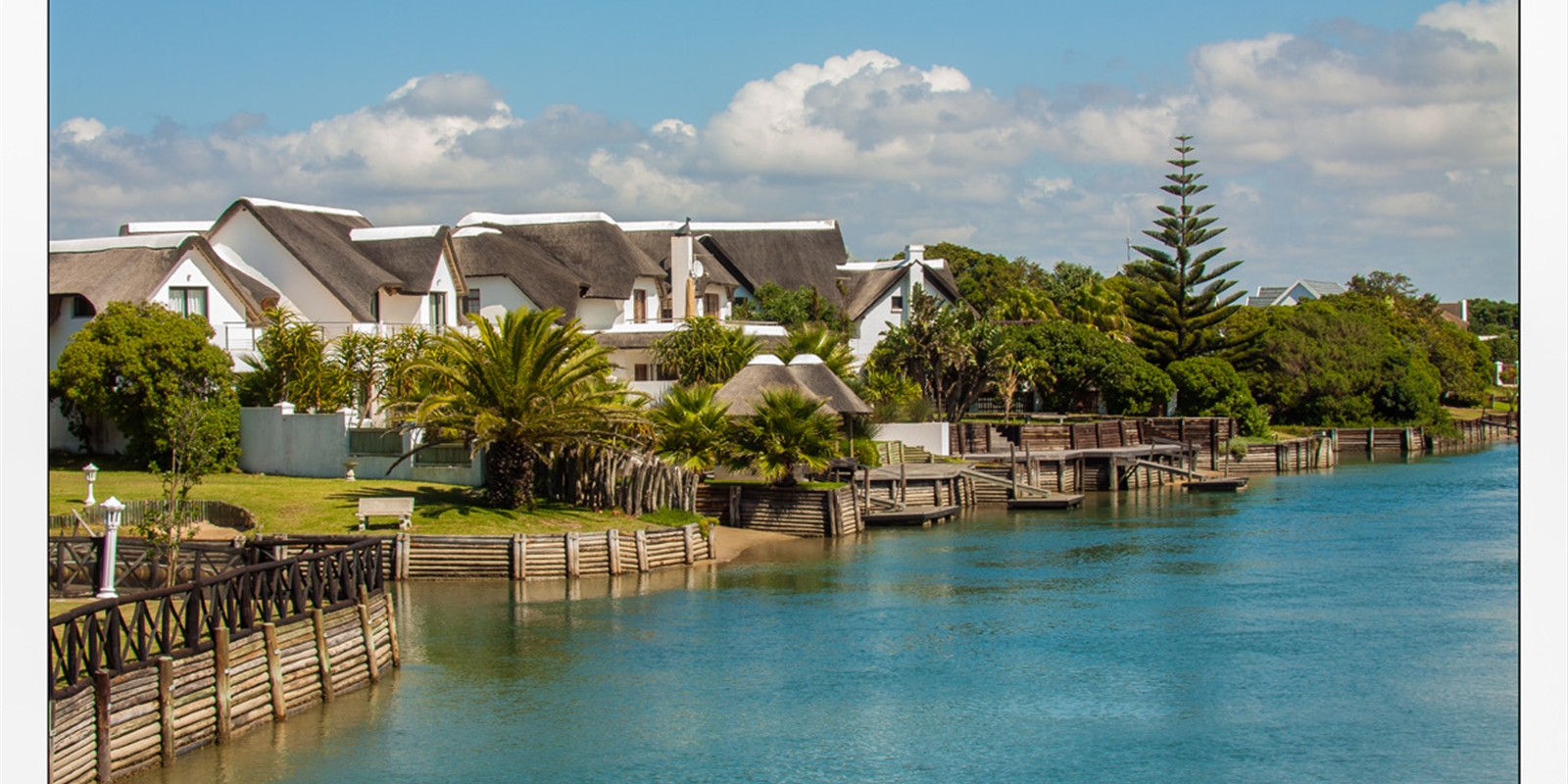 HUMANSDORP is a small town in the Eastern Cape of South Africa with a population of around 29 000.

It falls in the Kouga Municipality area and is a centre of Kouga’s light industry and farming. The town was established in 1849. Matthys Human, then owner of Rheeboksfontein, gave up a portion of his farm for the establishment of a town. Humansdorp was first called Alexander but was renamed Humansdorp some years later after Johannes Jurie Human and Matthys Gerhardus Human, joint founders of the Dutch Reformed church there.

Humansdorp is a centre for the surrounding and flourishing farming community. It has a selection of high street shops, a little watermill, an agricultural type museum and a park area designed to form a replica of the British Union Jack.

It lies at the foot of the Kouga Mountains and is at the start of the renowned Garden Route.  At the top of Main Street sits the impressive Cultural Centre, exhibiting traditional Khoisan artefacts. It has a golf course and the Zwartenbosch Country & Golf Club is in the process of being developed as a whole golf course.

JEFFREYS BAY lies 70km south west of Port Elizabeth. It was named after Captain Jeffreys in 1850 and was at first a fishing village.

Jeffreys was the senior partner of the firm, Jeffrey & Glendinnings that opened a store in 1849 on the location where the town is today.  Jeffreys was believed to have been the first person to have settled there.

In the late 1960s and early 1970s, Jeffreys Bay was known as a hippie hangout where the surf community originated.  Since then the town has grown from a sleepy little fishing town into an expanding urban area.

The town is also the headquarters for Kouga Municipality. It is one of the five most famous surfing destinations and is rated number 2 on one ‘best in the world’ surfing lists.

It hosts annual world surfing events such as the Billabong and the ASP world tours at the iconic Supertubes surfing spot in July. The world’s top surfers participate in the annual event that attracts thousands of spectators.

Some of the other activities in Jeffreys Bay include sand-boarding contests, horse riding on the beach, canoeing, boardsailing, fishing, kayaking.

Just northeast of the town, on the Kabeljous River, lies the Kabeljous Nature Reserve.  The lagoon is home to waterfowl herons, and a variety of waders. Nearby, the Seekoei River Nature Reserve lies between Aston Bay and Paradise Beach and a bit further north of the town is the idyllic, unspoilt Gamtoos River area and its pristine beaches.

ST FRANCIS BAY is a unique and exclusive paradise in the Eastern Cape which celebrated its jubilee birthday in 2014.

The town was started by Leighton Hulett. At first it was just a fishing camp with a few rondavels. But as its beauty and charms attracted more and more people, holiday homes were built and then the magnificent canal waterways leading off the Kromme River was established.

The town became unique in that every dwelling was built along the lines of the old ‘Cape Dutch style of white walls and thatched roofs. After a devastating fire in 2012 many of the roofs have started disappearing as many owners of these dwelling have opted for tile roofs instead.

The Kromme River is navigable for 10 kms and is a popular spot for sports and boating enthusiasts. There are various sports activities available for permanent residents and visitors including two 18-hole golf courses - one of them being the five star magnificent St Francis Links, one of the 10 best golf courses in the country!

There are also  tennis courts, squash courts, a bowling green, surfing at the famous  Bruce’s  surf spot (that became renown after the film Endless Summer was filmed there), plus kite boarding and many fishing spots. There is also the private port of Port St Francis where various fishing and boating activities occur, plus there is a private airfield nearby.

The town boasts many fine restaurants serving seafood, Italian and Greek, South African and international fare, plus there are serval popular pubs and a brewery.

St Francis Bay is just more than hour’s drive to Port Elizabeth and is also at the gateway to the Garden Route. It is a sought after area for investors and people wanting to own holiday homes here, plus it offers an idyllic, get-away-from-it-all lifestyle for those who have retired here or who run businesses. In the last decade the town has attracted scores of young couples who have opted out of the rat race and who have settled here, running businesses and starting families.  Consequently the town has developed a private primary school, plus a nursery school that aims to offer a high school as well.

CAPE ST FRANCIS is renowned for its national monument the Seal Point light house, built in 1978, and recently if has become renown for is penguin sanctuary, run by Sanccob, that rehabilitates injured penguins and other seabirds and then releases them after they have recovered. This seaside village, only 5 kms from St Francis Bay, draws holiday makers from all over the world to enjoy its glorious unspoilt beaches.  Cape St Francis is surrounded by nature reserves and its 5km beach is favoured by kite surfers.

The village also boasts one of the Eastern Cape’s most popular surfing beaches that of Seal Point where top national surfing events are held. Plus there is a gigantic indoor swimming pool that is frequented by those training and exercising in its warm water.

In addition Cape St Francis has become known for its magnificent sunsets at Sunset Rocks, especially in the summer evenings when hundreds of picnickers can be seen sitting on the rocky outcrops on the ‘wild side’ of the village watching the brilliant red and gold sun disappear beneath the waves.

OYSTER BAY is a tiny, unspoilt village situated between St Francis Bay and the Tsitsikamma stretch of coastline. It offers magnificent and pristine beaches that stretch for miles and which are dominated by gigantic sand dunes. Apart from the beach, there are also woods to explore or river deltas, lagoons, beaches and wetlands.

This a real ‘get away from it all’ holiday spot that boasts the lovely, comfortable Oyster Bay lodge and other accommodation outlets.

There are numerous hiking trails in the area and popular pursuits include fishing, horse rides, sand boarding and swimming. From here visitors often take day trips to St Francis Bay or to the Tsitsikamma Nature Reserve, Plettenberg Bay and Knysna.

The town has some amazing bird life and is renowned for the black, red-billed oyster catchers that congregate here.